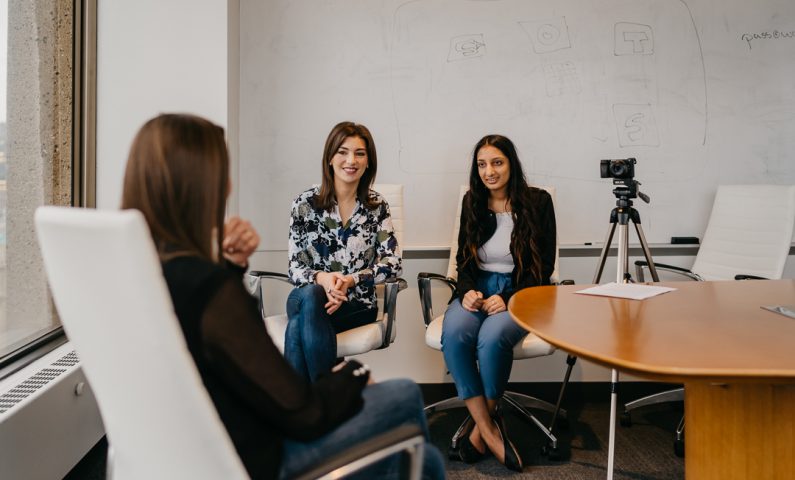 “You want to be a brain surgeon?!”

I was a little stunned and definitely intrigued when Saniya Kaushal, an ambitious first year student at the University of the Fraser Valley (UFV) shared her career goals with me. It’s just not something I typically hear from the average 17-year-old.

In speaking with Saniya it quickly became clear that she was brimming with empathy. She’s paired this strength with curiosity and a drive to pursue a purposeful career.

“When I was about four years old, one of my cousins was diagnosed with a brain tumour. Thankfully, her tumour was successfully removed, but it always stuck with me how much it changed her life, and it really heightened my curiosity about the brain. The brain ultimately controls every part of the body – which is fascinating – and I think it’ll be really rewarding to be able to help people in life-altering situations, especially when I’ve seen the impact on my own family. My curiosity grew when Grey’s Anatomy introduced me to the idea of being a brain surgeon; I know a TV show is nothing like actually working in a hospital, and that the path to becoming a surgeon is very intimidating, but I’ve never been one to shy away from a challenge.”

Hearing about the life experiences that inspired her to take on that challenge was inspiring to me in turn. I was introduced to Saniya through the Minerva BC Executive Day program; she applied for the opportunity to shadow a female leader and have some one-on-one time to learn about their experiences.

In addition to her interest in the medical sciences, Saniya’s passionate about female empowerment; she strives to be a leader in her community and jumped at the chance to witness a strong female leader firsthand. The Minerva team knew she’d be a great match to join me for the day in Vancouver for Prevail’s interview with CEO and founder of All Inclusive Marketing, Sarah Bundy, one of Canada’s Top 100 Female Entrepreneurs. 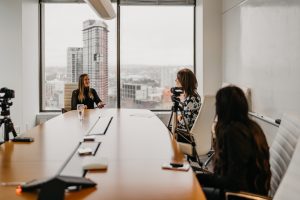 Sarah was a member of the panel at Prevail’s CATALYST event in May and I was confident that Saniya would benefit from shadowing me for this particular behind-the-scenes interview experience. She was getting to hear a doozy of a story from another female CEO and Founder who was an established and effective speaker in her own right.

“Listening to Sarah Bundy’s interview was so inspirational! She has such a unique success story. Her resilience stood out to me the most; specifically how she sold her previous company for $1 and was determined enough to start another one – which grew into an empire!” 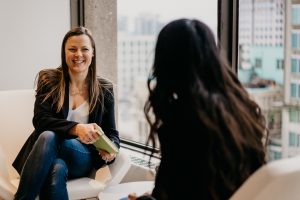 When I first reviewed Saniya’s profile, I was beyond impressed by this determined young woman. She had previously participated in Minerva’s Learning to Lead program – a chance to discover self, develop confidence and explore your leadership potential while creating a network of women and girls who will support her along her journey. What specifically drew Saniya to the program?

“I knew that I had lots of ideas about how I could help to make a change in the community, but I didn’t know if I had the ability to actually execute them. I wondered who would take a 16-year-old girl seriously. I wanted help figuring out how to follow through on my ideas.”

As a Minerva board member, it was really inspiring to hear about how much Learning to Lead impacted Saniya’s life.

“To say the program changed my life is not an exaggeration! From the very first night hearing Karine LeBlanc share her story, many of us girls were so moved! Over the weekend, we made new lifelong friends, learned about values and goals, listened to the stories of women leaders, and participated in workshops designed to help us build our own confidence. The organizers really made us feel cared for. It was truly an amazing weekend that helped to push me forward on my ambitious ideas to help my community.

On the drive home, I was excitedly pouring out information to my dad, and I read him everything inspirational I’d written down – which filled over half my notebook. He was thrilled to see how empowered and determined I felt; this program taught me that I can make a difference. We came up with a line that we used all weekend and that will stick with me for life – ‘We are unstoppable women!’ After that weekend, I’ve truly felt unstoppable in every task I embark on. I owe that to this spectacular program.” 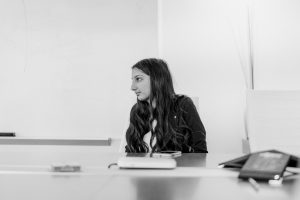 While I’m also thrilled she got so much out of the program, I suspect Saniya was somewhat unstoppable even prior to participating in it; I think she’s a perfect example of a young woman who understands that seeking out resources supplemental to traditional education – like those Minerva provides – is one of the keys to bettering herself and the world around her.

With her father employed in the mental health field, Saniya cites mental health awareness as a familiar household conversation and another cause that’s dear to her.

“Growing up, my dad was always ensuring that we knew what mental health actually was, instead of just believing the stigma around it. I have close friends who’ve suffered from clinical depression or anxiety that refer to themselves as being ‘psycho’ or ‘crazy’ and it really upsets me to hear them speak that way. This year, I hosted my own mental health awareness event with keynote speaker Brent Seal; my hope was that if more people understand the realities of mental illnesses, they’ll steer away from the stigmas. I want our world to get to a place where mental illnesses are not seen as less important than physical illnesses, because they can be just as life-altering. Even if my voice only changes a couple of minds, I am content with that!”

Sanyia is also a mentor with Big Brothers Big Sisters Canada and involved with their Go Girls program. What keeps her engaged?

“From my experiences with these organizations, it’s clear to me that young girls need empowerment. Many young girls suffer from a lack of confidence, especially while going through puberty; they don’t feel like they have the voice or power to do anything to strike a change so they bottle up their ideas. I try to show care and compassion for my mentees to show them that someone cares about their goals and ambitions. I believe in them and support them, which gives them a bit more confidence and validation. The connections made through these programs are priceless! They make being a mentor very gratifying.”

Saniya has 12 more years of school ahead, and although she says sometimes it can be really daunting and overwhelming, she stays excited and motivated by spending her ‘spare’ time volunteering as a Coordinator at the Seniors’ home in her community and as a Team Leader at the local hospital.

“Talking to a patient that is suffering in the hospital and not hearing them complain once is truly inspirational. Nowadays people complain about the tiniest things, so the fact that patients who have been in the hospital for weeks or months still choose to think about what they are grateful for really puts things in perspective. I have definitely become more grateful for my good health and have started counting my blessings rather than complaining.” 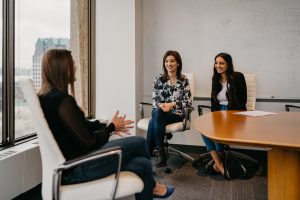 I feel incredibly fortunate to have met Saniya; she is truly someone who is doing amazing things and I have no doubt she will continue to change the world as she works on her self-development, supports her community, and strives to achieve her career goals.

The Prevail team and I look forward to supporting Saniya in her endeavours for years to come.

To learn more about Minerva BC please visit the website, advocate for the foundation by connecting on Facebook, Twitter, Vimeo or LinkedIn, or learn more about how you can get involved and help support people like Saniya here. 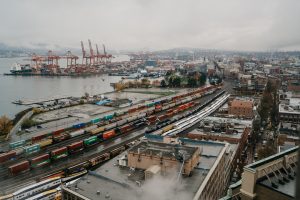 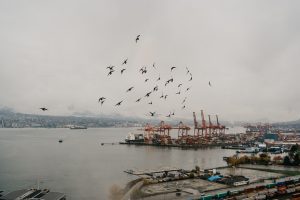