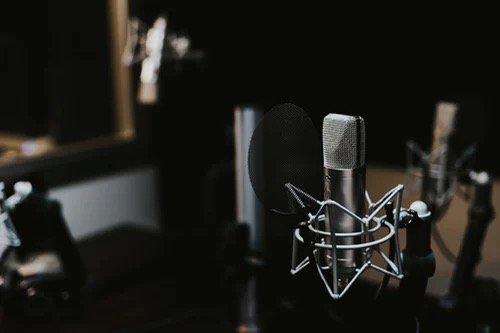 We know, we know – there’s a day for everything it seems, but some are more popular – and interesting – than others. September 30th marked the 4th annual International Podcast Day and since it’s a medium that allows nearly anyone to produce content, the choices out there are endless. Recommendations were flying, and since I’m an avid consumer (I find it difficult to do pretty much anything in silence) I couldn’t help but get involved; here are some of my favourites:

My Favourite Murder, a comedy/murder (yep) pod hosted by Karen Kilgariff & Georgia Hardstark – this one’s very popular, and for good reason; these two just click! Giving sage advice like “call your dad, you’re in a cult” and “stay out of the forest, MFM is also currently touring again, so if you can get to a live show I’d highly recommend it! #SSDGM

I absolutely love Reply All, hosted by PJ Vogt and Alex Goldman, and the sort-of-sequel to their old pod TLDR. This show purports to be about the internet but tackles so much more, coming up with innovative ways to do so along the way. Consider this an unnecessarily enthusiastic recommendation, because I almost wrote this in ALL CAPS. Bonus: their ‘Yes/Yes/No’ segment may even help you understand Twitter!

I didn’t think I cared at all about Justin Bieber, but in their short episodic pod Two Less Lonely Girls Rosebud Baker and Corinne Fisher quickly go from some non-ironic ‘Belieber’ fun to deep into the weeds of celebrity – and beyond. The comedic duo discusses all kinds of real and interesting issues with hilarity ensuing – maybe because they also go FULL PAPARAZZI.

StartUp is a standard classic. Alex Blumberg (This American Life, Planet Money) is honest, heartwarming and weaves a riveting tale as he goes meta (in a good way) and podcasts the launching of his own podcasting company. Later seasons offer variations on the concept; a recent favourite features Arlan Hamilton of Backstage Capital, reported by Amy Standen.

From the hilarious opening phone calls to the impeccable storytelling, Jonathan Goldstein – truly one of the best in the biz – gives us a masterpiece with Heavyweight, a narrative-style podcast with a little something for everyone. Bonus: a brand new season returns Oct 4th!

Could Jessica Williams and Phoebe Robinson have conceivably come up with a more apt name for their comedy pod 2 Dope Queens? I doubt it. It’s comforting and entertaining to listen to close friends enjoying themselves this much, and as a stand-up comedy fan it’s a great way to hear a variety of sets, too.

Abbi Jacobson (of Broad City fame) hosts A Piece of Work, a charming, forthright and funny podcast about art. She speaks with very special guests (my favourite episode is with writer Samantha Irby)  to ask questions about modern art in plain terms for a fresh take.

Literally recorded inside San Quentin State Penitentiary with the help of volunteer and artist Nigel Poor, Ear Hustle isn’t your typical podcast, and might not be what you’d expect. Co-hosted by inmate Earlonne Woods and attempting to give some insight into life inside the American prison system, this one’s definitely worth a listen!

Way ahead of #MeToo with their anti-slut-shaming agenda came comedy duo Sorry About Last Night with Guys We Fucked. This one’s shifted a bit over the years, going from interviewing mostly past sexual partners to a broader array of experts, comedians and other guests, but it’s still one of my favourites!

If you’re a Serial fan it’s likely you’ve already had pods like S-Town, In The Dark and Dirty John recommended to you; I’m going to go a slightly different route with this last one and suggest 2017’s Missing Richard Simmons series as an unexpected treat – it was oddly captivating.

Honourable mentions & other favourites: Every Little Thing, Twice Removed, Radiolab, The Nod, This American Life, How I Built This, Do You Need a Ride?

On my list to try next: Ghost of a Podcast, Authenticity Addicts, Dr. Death