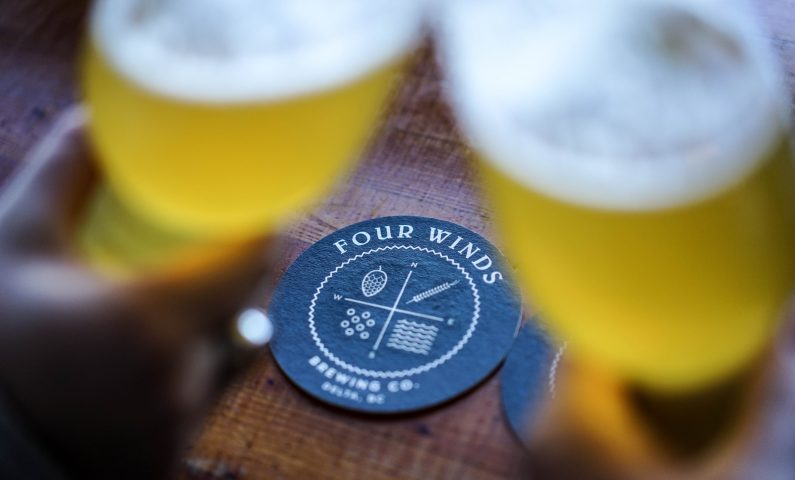 “Of course I’ll have another pint!” Customers are heartily responding as quality craft beer overflows today’s marketplace. The demand for sophisticated flavour profiles has saturated the beer industry and led to many new small scale operations opening. Craft beer brewers are embracing this demand by creating an array of both traditional and experimental beers by using diverse ingredients and unique brewing processes. One such group helping lead the way is Four Winds Brewing Company out of Delta, B.C. 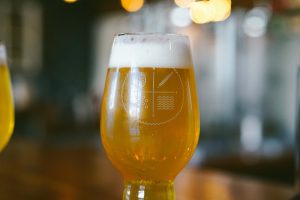 “There is a lot of passion involved in craft beer,” part owner Adam Mills explains to The Prevail Project. “It’s not about getting inebriated or drunk; it’s about experiencing flavour profiles and constantly challenging your palate just for the love of the adventure to find different beer.”

The family-owned business recently partnered with an Icelandic brewery, Borg Brugghús, to create beer child Blóðberg: a saison brewed with Icelandic thyme, aged in oak, and fermented with plums and wild yeast. The appetite for new ideas is so fierce that craft brewers look to collaboration as a means to tap into a broader source of concept, experience and opinion on brews; as a result, the community of microbreweries are inspiring and supporting one another’s pursuit for the perfectly crafted beer.

That very passion is the basis for the family-owned Delta brewery. Greg Mills and his sons Adam, Brent, and Sean began humbly with a small operation in 2013. Today Four Winds is highly recognized, most recently with their Nectarous dry-hopped sour ale taking Beer of the Year at the 2016 Canadian Brewing Awards.

“I’m extremely proud of what we’ve done here, and sometimes it’s really hard to believe where we are; I have to take a step back and reflect on where we came from not too long ago,” says Brent, brewmaster.

Four Winds has expanded six times since opening in an attempt to satisfy the demand and will brew 10,000-hectolitres this year alone. The brewery’s operation continues to grow, and their business plan has adapted to do their best to quench their customers’ thirst. 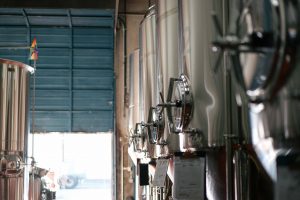 The beer can be enjoyed in their tasting room and is also offered all across the province through about 900 accounts, including public and private liquor stores, pubs, and restaurants. What’s on tap varies, but customers can always find the standards: Four Winds Saison, IPA, Pilsner and Pale Ale. There are many consumer favourites, one of which is Juxtapose, a nectarous west coast IPA described as “moderately bitter and gracefully balanced” and “where orchards meet pastures.”

New on the menu is a variety of tapas/small plates, with Four Winds’ in-house crafted tacos, sourcing sustainable local ingredients, as the star performers. The brewery also offers equally palatable apparel and accessories that feature their logo, designed by Vancouver-based artist Andy Dixon.

“It’s a really good marriage of brand that people find visually appealing with an aesthetic that they can get behind, and of course the beer is the number one thing,” says Adam, who brings his marketing expertise to the table. “We don’t put out a beer that we’re not one hundred percent happy with, and I think my brother Brent has a very good understanding of how flavour works.”

Brent spent years cooking before leaving the kitchen for an entry level job with R & B Brewing in 2009, influenced by his love of hobby homebrewing with his dad. After getting his feet wet at R & B, he went on to elevate his knowledge by completing the Concise Course In Brewing Technology program at world-renowned Siebel Institute out of Chicago.

“I think I had a pretty good knowledge of how to make beer before I went, but just going there gave me the scientific background that kind of solidified what I thought I already knew,” he says. “That being said, even today I feel there is just so much to learn about how to make beer – it’s an endless journey, really.”

Having one of his long time best friends, Kylo Hoy, at his side as head brewer is a true testament to the staffing culture at Four Winds. The 30-plus employees are pretty well an extension of the Mills family and are just as invested in the success of the business venture.

“The biggest fault in any brewery is that whoever is behind making the beer doesn’t have a keen palate,” adds Brent. “I think Kylo and I work well together because we’re pretty critical about food and we’re hyper-critical about beer. We both rely on our biggest tool, our palate, which is something him and I both learned to do in the past from cooking.”

The brewery uses a variety of yeasts and continues to expand its barrel program, aging its brews in both oak casks from Okanagan wineries and in foudres, which are larger wooden barrels from the Bordeaux region in France.

The art of beer starts with an idea or flavour profile in mind and then follows a procedure, known as a brew. Although Brent, Kylo and their team have a pretty strong notion of what their finished products will taste like, working with wood barrels can present an element of surprise.

Never completely satisfied, Four Winds continues to take risks and experiment as they propel their product and the industry forward; however, having their close friends and family around and very involved helps keep them grounded in a delicate balance that’s reminiscent of some of their best beer.

“We’re never going to think that we’re doing the most amazing thing,” says Brent. “We’re going to critique our product more than anyone and keep making it better.”

The Delta-bred family is proud of their roots and have no intention of leaving their hometown anytime soon. Their future, be it a new larger location or a restaurant to showcase their good taste in both beer and food, will remain in Delta where it all began. 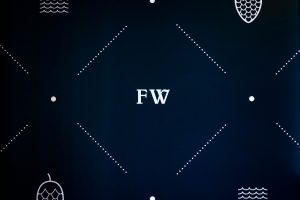