The world of tech is growing faster than ever. Now the traditionally male-dominated landscape is changing colour, the field becoming vibrant and energetic as the terrain diversifies. Over the last year, Women Who Code Vancouver has contributed to this divergence in a powerful way. Founded in December of 2017 by scrappy research scientist Holly Peck, Women Who Code Vancouver has very quickly increased in popularity.

Peck, who once called for “Silicon Valley to do it’s laundry,” continues to champion equal opportunity within tech. Using Women Who Code as a platform, Peck’s is a strong female voice that cuts through the noise.

“In only five weeks operating, our meetups have reached almost 400 people, who are almost all women, and almost all engineers,” Peck stated last year. It was a rapid climb from the initial meetup to the 1450 people who are currently members of the WWCode Vancouver network.

Now celebrating their one-year anniversary, WWCode Vancouver is going back to their roots by holding an event at the Microsoft Garage – the same place they held their initial launch party. The event, which takes place on Thursday, January 25th, will cover stimulating topics like Artificial Intelligence (AI), robotics, and data science. The speakers at the event are all accomplished female leaders within the industry.

The panel of women include Dr. Suzanne Gildert, Olivia Norton, Dr. Angelica Lim, Dr. Sara Weinstein, and Nada Salem, with Holly Peck serving as MC. The scientists have all made significant contributions to data science, AI research, and / or robotics.

“This panel answers the misled question of ‘why aren’t there women in AI?’ by showing the women who are in AI are doing cutting edge technological research and development.” – Holly Peck

Dr. Suzanne Gildert, the former CSO and Founder of Kindred AI, recently announced a spin-off AGI Research Division called Sanctuary. Gildert has joined Sanctuary as co-CEO and is focused on the implementation and testing of a specific framework for artificial general intelligence. At Kindred, Dr. Gildert “oversaw the design and engineering of the company’s human-like robots and the development of cognitive architectures that allowed these robots to learn about themselves and their environments.” She’s immersed in researching and dedicated to practically applying the AI technology that will continue to shape our world today and in the very near future.

Peck stands tall in her 4” black platform boots, a strong female leader in a male-dominated profession. It’s easy to see she represents strength, tenacity, and intellect; insistent on diversity in IT, she’s also an empowering role model for minorities. Come see her speak at the WWCode event Leaders in Robotics and Data Science: A One Year Anniversary Party this Thursday, January 25th from 5:30-9PM at the Microsoft Garage @ Microsoft Vancouver. Tickets, just $10, are available here. 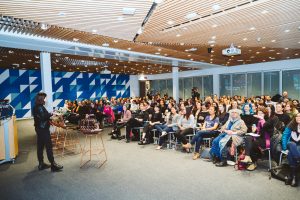 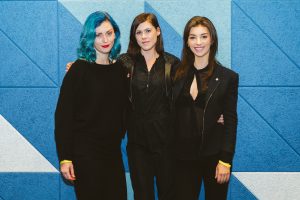 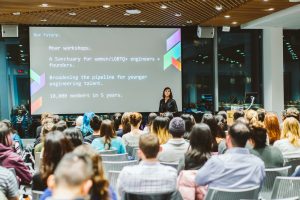 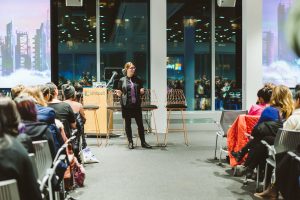 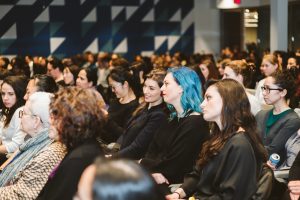