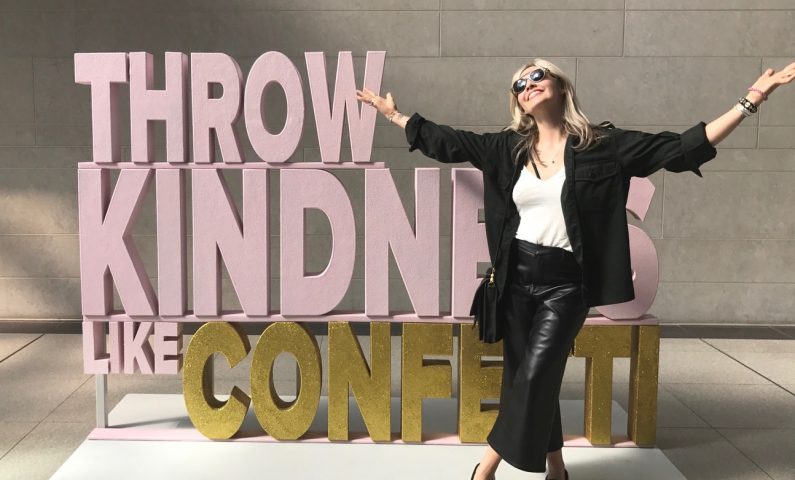 What happens when you combine artistic drive, an animal rights crusade, and a curiosity for the exotic? Only the most engaging party of the year.

Flourishing Canadian photographer Katherine Holland excels at using imagery to create a narrative. She began her career in radio, cutting her teeth at a Toronto rock station. It was there she developed her storytelling skills, establishing an animated and evocative voice that translated naturally into photography. A creative at heart, Katherine was one of the first entrepreneurs featured on Prevail. 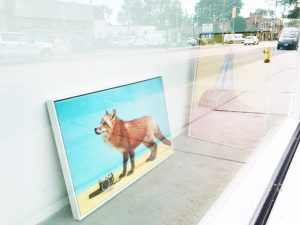 Party Animals, Katherine’s first solo show, features exotic rescue animals from shelters around Toronto and is set to launch September 22nd at the Narwhal Contemporary gallery. The exhibition launch will be animal-themed, with appearances by some of the featured animals and a dress code that encourages animal attire. Aura portraits by Rose Aura will also be available.

It’s my first fine art project, and I’ve invested all of my own money and resources. It was important to me to do something that I was excited about and believed in. Ultimately, I thought to myself, what would I most like to shoot that I haven’t done yet?

Shooting exotic animals in a way that helps them was sitting on my brain for a long time, and I finally cracked it. 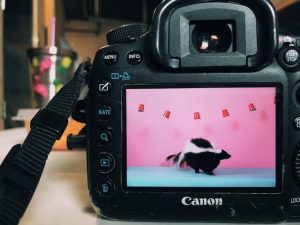 Party Animals is a celebration of the exotic animals featured. The underlying theme, however, is sobering. 30% of the profits will be donated to the World Wildlife Foundation, as conservation is essential in Holland’s view. Her exhibition is cheerful and playful, with a subtle, raw message threading through the photographic narrative: these exotic creatures we love and are fascinated by will be gone if we don’t help them. Understanding that guilt doesn’t sell, Katherine wants to remind the audience of the importance of conservation by showing them the playful side of creatures we know and love. It’s easy to see yourself in the portraits, holding a cocktail and posing with party props.

This project is about celebrating the animals as opposed to a guilt-led marketing approach. I never want to see animals suffering and in pain, but the reality is that they are. Often I think that people want to help, but they get so overwhelmed by images of animals in pain that they become frozen. I wanted the show to be a celebration where you are reminded of everything that you love about these animals. If you don’t help them, they’re not going to be available to you anymore – these guys aren’t going to be around unless we keep the party going.

Katherine explains her decision to use live animals in a studio with real props as one coming from a place of authenticity. She chose not to photoshop the animals or the props, creating instead organic portraits of her adorable models. To alleviate any stress from being in an unnatural environment, the animals were shot for only five to ten minutes each. Once you consider the parameters and limitations of time-constrained live animal shoots, Katherine’s effortless looking photographs become all the more impressive. 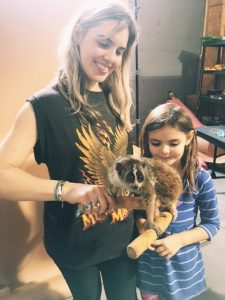 Katherine also encourages people to foster animals or, if they can, donate to either the WWF or a humane society. Creating a dialogue about conservation is important, too. The photographer and her family have adopted two rescue cats and fostered countless others. She says the most difficult part is letting the fosters go once they’ve been adopted, but knowing they have good homes to go to makes it worthwhile.

If you can’t make the opening on the 22nd, don’t worry. The gallery will continue to showcase Katherine’s portraits for the following week and Party Animal hand-poured resin prints will be available for purchase on Holland’s ecommerce website. A line of exclusive greeting cards will also be available.