Winning a contest that gave her the opportunity to work on a morning radio show was the catalyst for Katherine Holland‘s career. After the one month stint was up, the rock station recognized a good fit and decided to keep the then eighteen year old – a natural storyteller – on permanently. While in radio, she studied filmmaking at the University of Toronto and radio broadcasting at Humber College; but, after having her first child, Katherine traded in a rigid 4am start time for a profession with more flexibility. Her passion translated perfectly to photography: an industry that let her tell the stories of actors, rock stars, and major fashion brands through beautiful and evocative images.

Vivacious, down-to-earth and candid about her experiences, Katherine zooms in on the raw side of photography: balancing a baby and a camera, the importance of not undervaluing yourself, and how to succeed in your first year as a photographer. 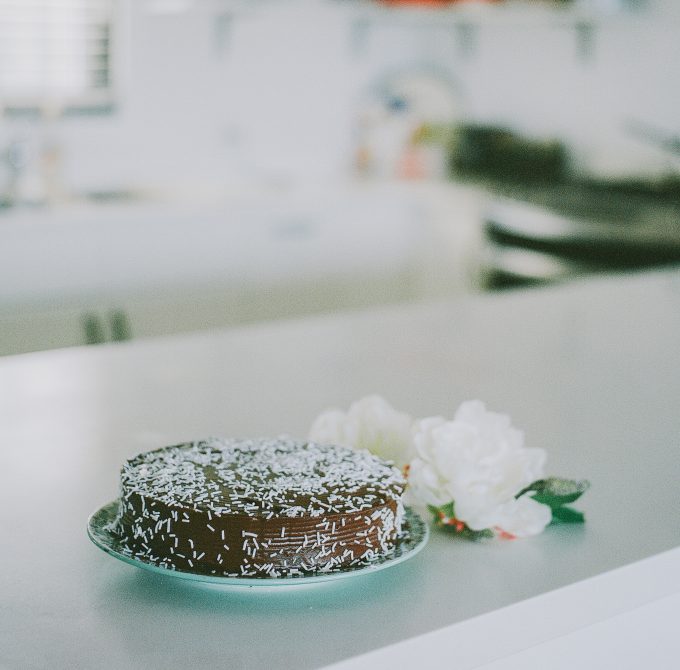 I need hobbies outside of work to survive

I compulsively bake on the weekends. 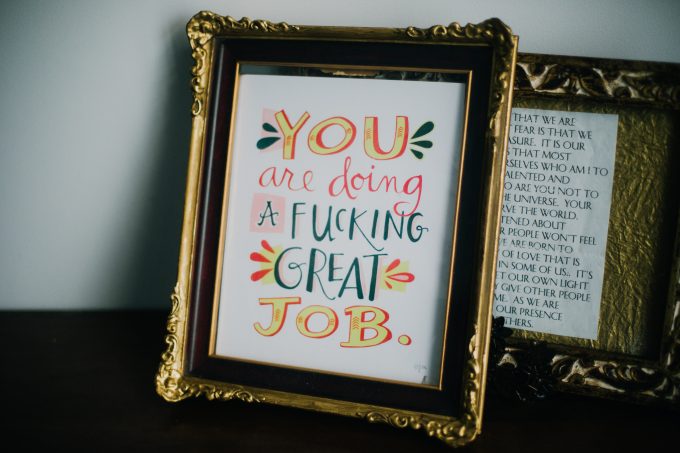 If you don't believe in your work,

You can’t ask anyone else to. 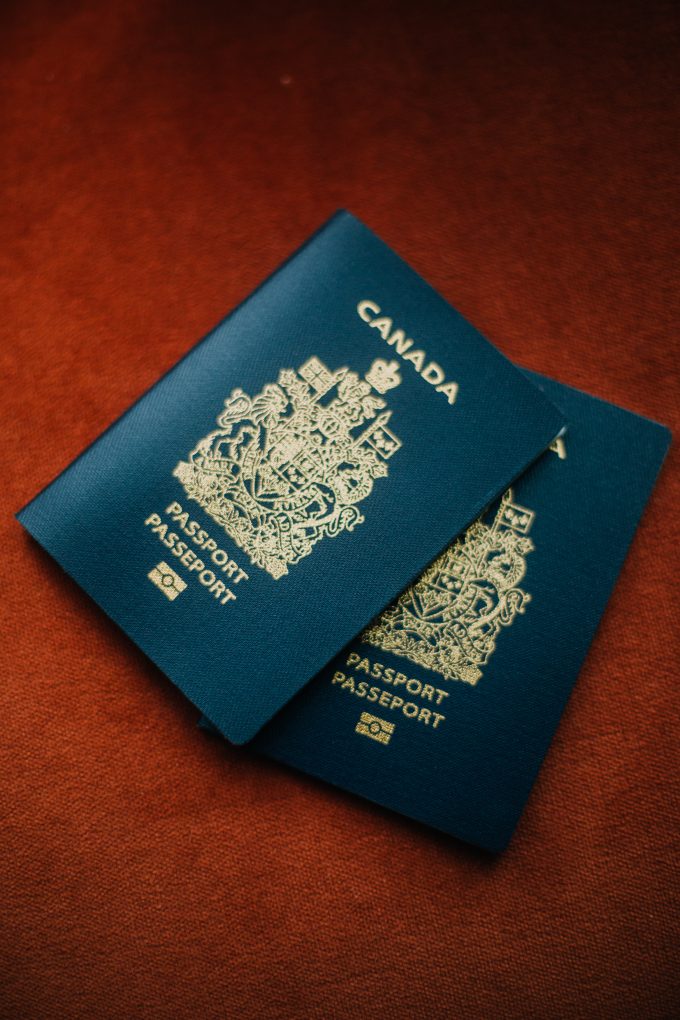 When I get the opportunity to travel

I always say yes. A new perspective is worth all of the workshops in the world. 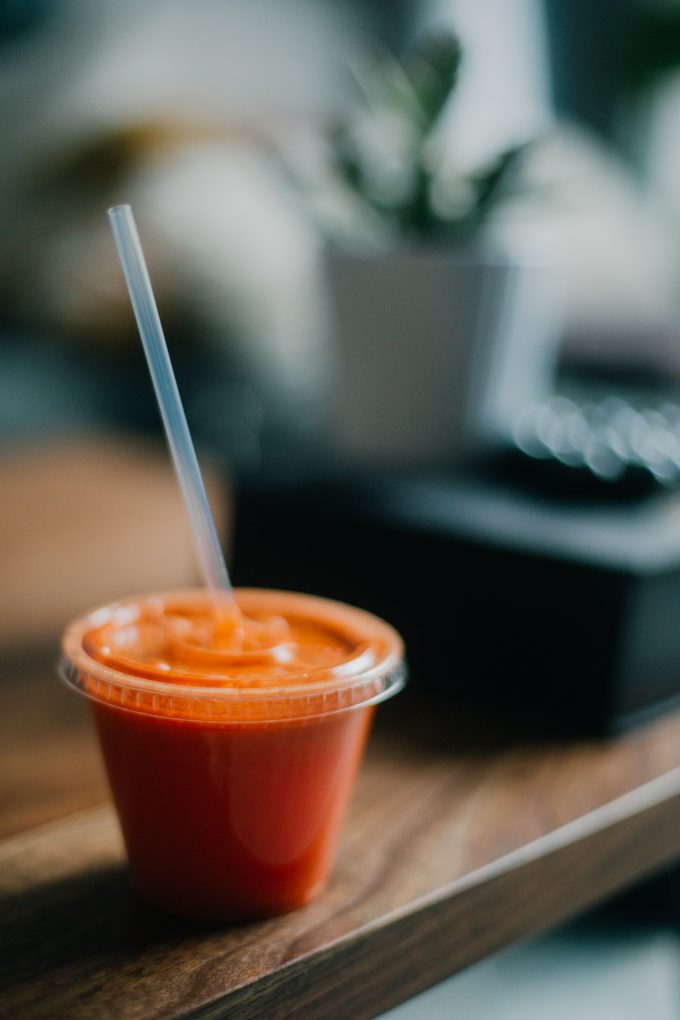 Gets me moving on workdays. Messy bed, messy head. 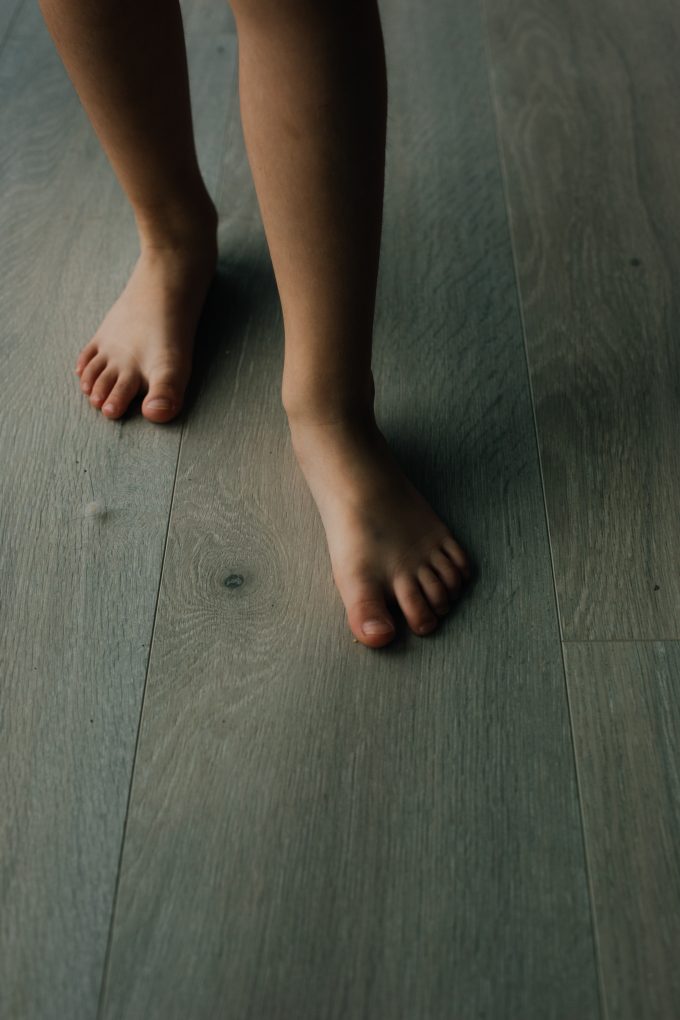 Surrounding myself with life

Keeps me motivated and positive. Cats, plants, and babies are my vices. 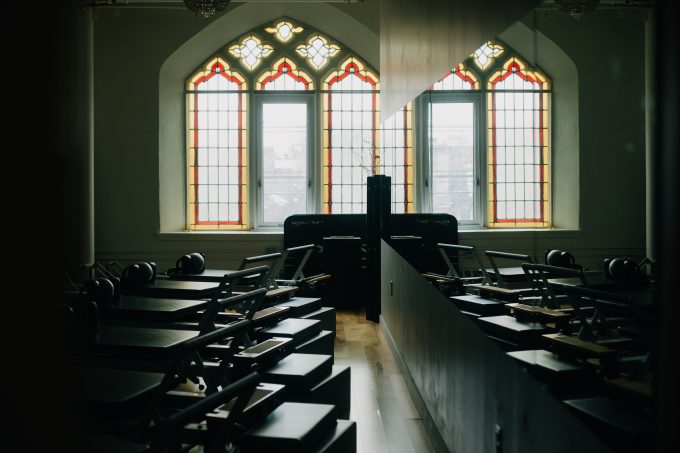 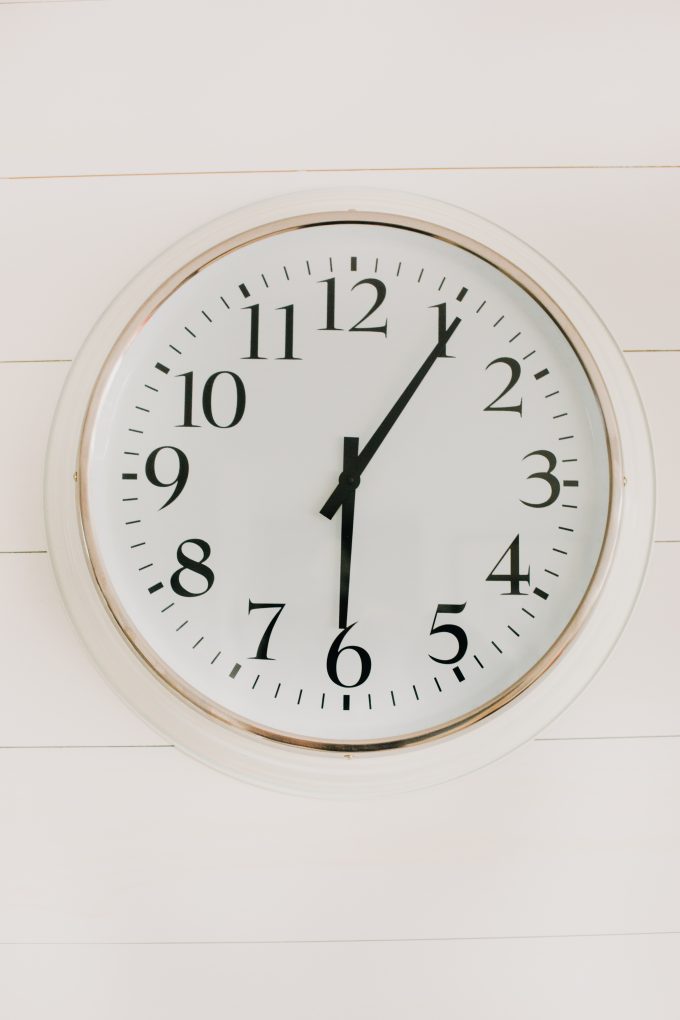 Time management is so hard for me

But when I plan out my day in writing, it all gets done. 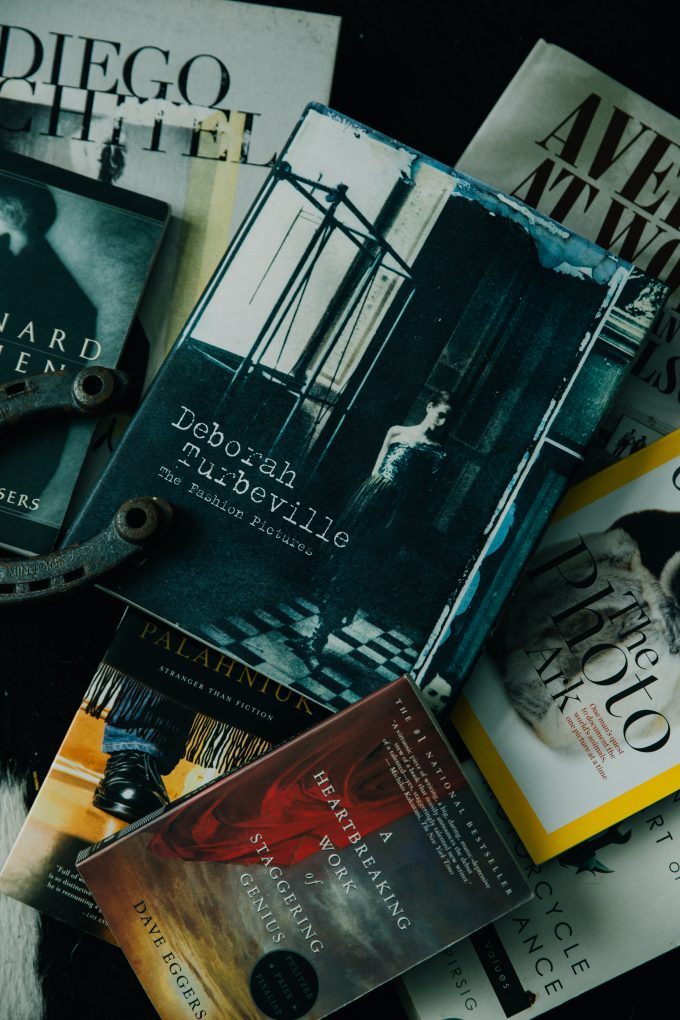 When I find a book I love I give it to someone I know who needs it when I’m done. How to Fly a Horse was my most recent read – it’s lovely. 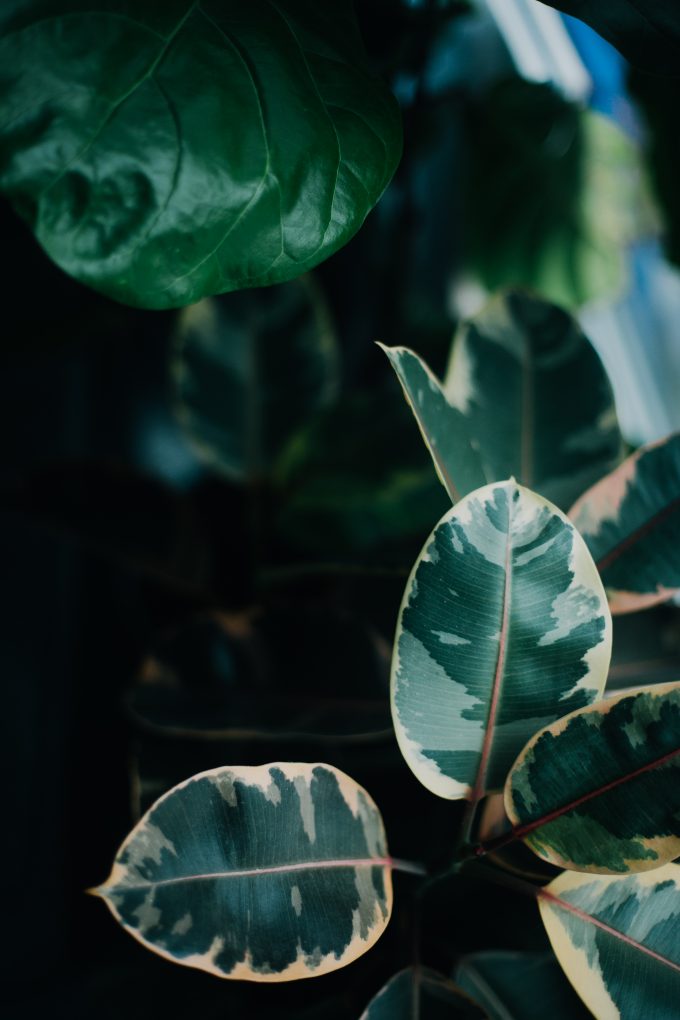 When I get stuck I just keep moving

You rest, you rot, in photography. 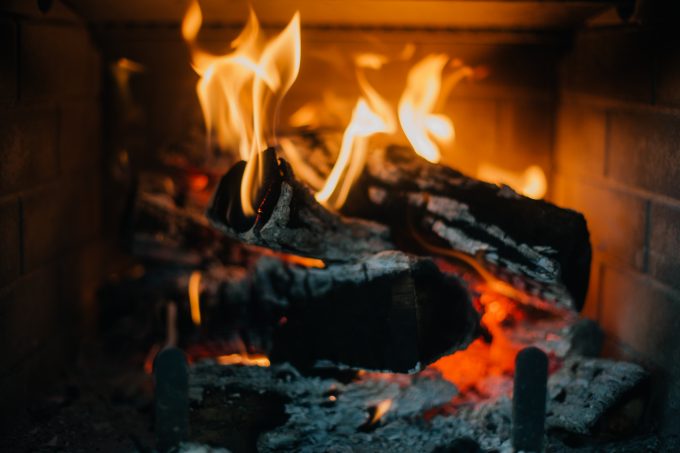 I fuel the fire whenever I can

Feeding myself with creative shoots helps me expand my comfort zone.

Careers in the arts have a reputation for being less than lucrative, but you’ve made a financially viable business out of something you love. How did you disprove this stigma?

I think the arts get a really bad rap financially, because there is money out there. If you’re prepared to work really hard, then you’ll be fine!

Tell us how you got started as a photographer.

The first thing I did was start second shooting. You’re not going to be the primary photographer on huge jobs right out of the gate. The best way to learn is to get on those big sets in any capacity. You’re going to learn a ton about lighting, timing, working with models, and so many other invaluable things.

I would have really benefited from assisting a lot more on really big shoots. But assisting is sort of its own career path, so you have to be a little bit careful because you might get pigeonholed as an assistant forever.

How do you avoid getting pigeonholed as an assistant, when your heart’s set on being the primary shooter?

That’s a really good question! It’s a struggle for everybody who starts out assisting. You’re seen as an assistant, unless you really go out of your way to position yourself outside of that. And it would never be appropriate to do that on another photographer’s set. The photographer was hired for that job and they trusted you to come in and do your job, which is to basically make them look good that day.

Ultimately, you need to let your work be good enough to shine through. So, if someone is going to hire you for an assistant position, that’s great, take it–you’re going to learn so much–but don’t stop pursuing jobs where you’re actually the photographer as well. Keep building that portfolio in your off time and keep posting it. Let people know you’re still actively working as a photographer.

How do you get those bigger jobs? Through networking?

I feel like networking is a dirty word. Going to parties repeatedly and forcibly talking to people you don’t know in order to leverage your own work, you put yourself in a position that you’re not really comfortable in. And you might be trying to sell yourself to somebody who probably isn’t interested. That’s my impression of it, which I think is gross.

I have never once pitched myself to anyone, ever. For me, everything starts with one job. I don’t force it. You shoot for one person, then their friend will call you; then their friend-of-a-friend will call. If you do one job really well and your client is happy, they’re going to tell their friends. You’ll feel your network expanding really quickly, without you doing anything!

Starting a new business and knowing what to charge can be so stressful when you don’t have a slew of experience or understand your own value yet. How do you figure out pricing when starting out?

It’s so hard and nobody gives out their pricing information. All I will say is that undervaluing yourself is the worst thing you can do, even right from the beginning. Because if you’re going to do all your work for free, then people feel your work is disposable.

I was terrible on the business side of things. I was really flattered that somebody loved my pictures and wanted me to take their picture. And then they’d try to pay me, and I’d be like “No! That’s stupid! Are you crazy? I’m just learning.”

Now, I want to punch my old self right in the face.

I felt like I couldn’t charge until my work was of a certain calibre, but meanwhile people were perfectly happy with what I was delivering. Then I realized I’m not actually making any money as a photographer, and I really needed to get it together.

When it comes to pricing in photography, nothing can be hard and fast. Especially if you’ve just started – your clients are probably going to be everyday people. You need to be respectful of people’s budgets and operate within their limits a little bit. You need to factor in how much it costs to maintain your website and to rent your equipment and buy new equipment. Find a happy medium in there to allow you to keep working.

If you keep undervaluing yourself, you’re going to disappear, with a lot of other photographers, after your first year.

Would you recommend that new photographers hire an agent to promote themselves and get their business off the ground?

No. Definitely not! People come into the industry and decide their agent is going to be their social media expert, and their accountant, and the person who’s going to pitch them for everything in the world are not being realistic. Your agent is going to want to kill you!

What photographers need in an agent is to field the calls, negotiate the rates, assign producers to jobs – more the business side of things. They want a partnership; they don’t want to be your parent.

How do you work your way up to the point of needing an agent?

You have to get your shit together first! I don’t know anybody that has gotten an agent their first year as a photographer. Everybody is either assisting or second shooting and building their own portfolio for their first year, and also figuring out their finances, their pricing, the image and brand of their company, and how they want to be represented. The second you try to get an agent, you’re going to find yourself in a meeting with someone who’s asking: “How do you describe your personal brand? Where do you see your photography growing to in the next five years, and how do you see me getting you there?”

Excellent points. OK, so knowing what you know now, what, if anything, would you have done differently?

I would have started with a business course and shot on the side, and then used those skills to complement each other. I would have been doing a lot better a lot sooner, and I would have felt a lot more confident financially…and generally.

Confidence is something many female entrepreneurs in particular seem to struggle with; how do you overcome that hurdle?

Confidence is a really, really hard thing – especially when you’re a woman, and starting your own company. For some reason we just think we all suck. Every woman I know who started their own company starts with trying to beat the devil out of themselves, to “prove” to themselves that “they’re worth something” – they approach business from the assumption that they know nothing, which is completely untrue. Guys don’t have that problem!

Women need to get over that and say: “I’m in this because I love what I’m doing. This is a business; I’m running a service. I will and should make money for this. I need to give that same respect to my clients by allowing them trust their money’s in a safe place and that everything is being handled properly, nothing is going to get double-billed, everything is taxed in an appropriate fashion, and everything is current.”

You’re a mom and have a very successful career; you’re obviously aware of the debate on whether working moms can ‘have it all’ or need to choose success in either their family or work, but you seem to be comfortable balancing both. Could you speak to that?

People get terrified of the idea of having children, women specifically, when they feel like they have something good going career-wise. But that’s a decision you make for yourself; if you want to make it work, you’re going to make it work. If you’re financially comfortable with only one of you working and you want to stay home, then there’s absolutely no shame in that. I understand myself as a person, and know that if I were to stay at home and not work, I’d go crazy.

My career is flexible, but there will always be stresses. If a shoot runs late, I need to send someone to pick up my kid from school, or daycare. You just have to get used to that stress always existing when you have a kid…but I wouldn’t change it for the world!

Success for me means always meeting and working with new people, being financially independent, and maintaining life outside of work to spend with my family, because I love them very much!

Probably when I shot LMFAO for Much Music; we drove out to Detroit in this pimped out low rider with ten people, and shot them in this huge hotel penthouse suite. They were so fun!

And shooting during TIFF is always really interesting. I shoot for ET Canada during their TIFF interviews and you get to hear interviews as they’re happening – you hear some incredible stories!

And finally Katherine, any closing words of wisdom for aspiring photographers?

Shoot as many kinds of photography as you can for six months – shoot food, pets, fashion, architecture, landscapes. There’s so much photography out there. Then go back, re-evaluate your work, and figure out where your strengths are. People get it in their heads that they’re going to start with one thing, and then once they start spreading their wings, they often decide their passion is actually somewhere else.

It’s hard to be objective about your own work, so it’s important to have third parties looking at your stuff and telling you what they connect with and why – and you can’t take offence! Not everybody’s going to like your work, and that’s fine. You have to get used to people turning you down all the time when you pitch. You’ll hear ‘no’ a million times in this industry, but if you want it, you can do it. Eventually it’s going to work out – it has to. If you throw enough spaghetti at the wall, eventually it’s gonna stick!

Continue to Next Profile or View All