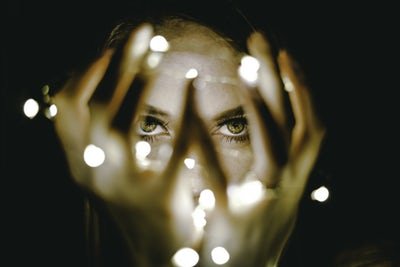 My favourite time of year is upon us: it’s the season of the witch.

The autumn cross-quarter day (halfway between solstice and equinox) is typically celebrated on October 31st – also known of course as All Hallow’s Eve or Halloween – and has its roots in ancient Celtic customs.

Don’t think I don’t realize that when you saw the title Season of the Witch some of you immediately thought of the 2011 film starring Nicolas Cage (owner of a dismal 9% rating on Rotten Tomatoes); maybe as a horror movie buff you were instead reminded of the 1972 George A. Romero film, or your musical tendencies had the popular 1966 song by Donovan start playing in your head; but that’s not what I’m talking about here.

As Donovan was Scottish, his ancestry is probably the most closely correlated with Samhain, the Gaelic festival primarily credited with inspiring our modern Halloween. Samhain marks the end of the harvest and brings us into the darkness of winter. Wiccans consider it an important holy day of sorts: a time when the veil between this world and the afterlife is thin – even lifted – and a time to celebrate the lives of the dead and pay our respects, and even to invite the spirits to partake in the festivities. (Ouija if you’re there, go to hello?!)

So how’d we get from honouring our ancestors to the sexy handmaid costume debacle? Costumes and masks were traditionally worn to disguise people as harmful spirits, thus avoiding harm themselves, and though this could still be relevant in today’s world, it’s a bit of a stretch – and not something I’m going to tackle today – so let’s get back to witchiness.

This past summer, while attending a softball tournament beer garden wedding (also a story for another time) my father attempted to publicly start a chant that tends to follow me around reasonably often:

This is hardly the first time I’ve heard this – it’s quite the gag among several friends of mine. For as long as I can remember I’ve been a confident, outspoken person; I don’t always respond very well to authority, and it’s been another long-running joke that if I was born in a different time and place I might have been tried or executed as a witch. Although I’ve never practiced Paganism nor explicitly claimed demonic powers, my nearly square feet à la Roald Dahl’s The Witches, my propensity for a little fun and promiscuity, and my affinity for horror movies, works like The Crucible and childhood games like ‘stiff as a log / light as a feather’ all seem to stack up as evidence, and hey, I’m totally fine with it – it’s funny!

To quote The Craft: “we are the weirdos, mister!” – and don’t you forget it.

As I’ve recently been hearing and seeing an increasing number of women claiming witch status in person, on social media, et cetera, I’ve been amused and even a little validated. The negative connotations that used to be associated with witches are fading. These women aren’t practicing Wiccans or pre-teen goths going through a phase, but women of all kinds with a general pride, an ownership of strength, and an unapologetic confidence in their womanhood. Sure, depending on the lady there’s also perhaps a dash of naturopathic medicine, meditation, astrology or even angry feminism thrown in, and as its become a trend there’ll always be bad rolled in with the good, but a mix is to be expected in any large group. The overall message is still one of power and one I can definitely get behind – so keep doing things your way, witchy women! I hope you stay safe and enjoy yourselves this All Hallow’s Eve, and every season of the witch from now on. 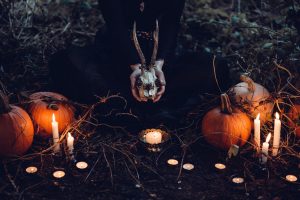